The articles for impeachment are heading toward...

The impeachment has begun!

ICOM has a new QRP Transceiver!

Gordon Sondland will have an additional 15 Minutes of Fame!

These will be important Names:

Let us salute our veterans past and present and give special recognition to those who have made the ultimate sacrifice to preserve our democracy and freedom. The emperor (small e) never served and will never understand what it is to serve. 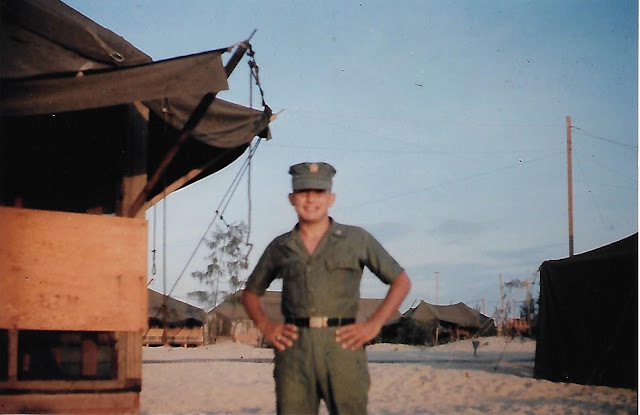 Above is a photo taken in 1965 of N6QW (LT. Pete) shown at Camp Shields, Chu Lai, Vietnam. At this proximate spot today, stands a KIA plant churning out automobiles --- my times have changed.

I was 24 years old at that time and had been in the US Navy about two years. On May 7th, 1965 we made the very first amphibious landing since the Korean conflict. I was assigned to Mobile Construction Battalion Ten that was embedded in Regimental Landing Team 4, part of the 3rd Marine Amphibious Force.  When the doors of the LST opened we made the dash across the beach just like you have seen in the movies.

I learned many things while at Chu Lai including eating delicacies like C Ration Stew (MRE's hadn't been invented), how to make a cook stove out of a C Ration Tin Can and how to stay calm when there were Viet Cong running through your camp shooting AK47's. I also observed death.

I will never forget standing at a helicopter pad LZ and observed a group of fallen comrades lying on the ground covered by poncho's and an American flag draped over the poncho's. Those fallen comrades were someone's son, husband or loved one; but above all they were heroes!

I will also remember the 13 hour flight home the second time I visited Vietnam in the summer of 1966. The military transports at that time had the seating facing aft looking right at the cargo pallets. On those pallets were 24 aluminum caskets draped with American flags. We were all going home only I would be walking off of the plane.

Another lesson learned is how to lead by example. Regrettably the example being set today by the emperor (with a small e) is not what by any standard would be called leadership.

What a fitting outcome:

It has been suggested in several publications and even by some members of Congress, that the Three Calabrian Confidantes (Giuliani, Mulvaney and Sonland) went rogue and did the dirty quid pro quo without the emperor (very small e) knowing what was happening.

So Confidantes how does it feel to be thrown under the bus? When you play with fire you will get burnt. Or the perfect hooker (like the perfect call) will give you an STD!

Don't you just love it when cold justice gets served. Sonland and Giuliani likely may not get prosecuted by Bill Barr and will have a life beyond this event. But Mulvaney, who would hire this guy and the idea of another public office is probably not in the cards. Mick, what have you done? Or to quote you "Get over it!" 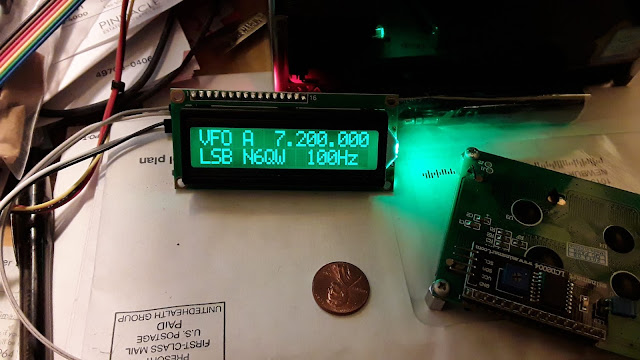 Above is an amazing new display I just purchased. The Background is White and the letters are Red. This should display well especially when looking from a distance.

I can see you are scratching your head.. No, this is a display with a Green background with Green Letters. This is exactly illustrative of what the Republicans in the House and Senate are doing with the emperor's (a very small e) impeachment. They want you to believe that nothing was done wrong -- there is no bribery or extortion involved and "he does it all of the time". It is White with Red not Green with Green!

We the people must decide...

When you know stuff, you can do stuff. More CRAP!

That means I will not be posting any information for some period of time. Perhaps hiatus will ultimately result in a total close down of the blog as I witness the upcoming political upheaval.

We are at a historic moment in US History, where there will be a real test of our democracy. Finally, the emperor (with a very small e) will be subject to impeachment.

We should also not forget his cult of misguided followers in the House and Senate. Come November, a year from now, voting them out of office has a very nice ring to it!

Some vote out of office candidates:

We must also ask who else was  involved? This was not a one man job... Drawing from Watergate --Nixon skated; but many others were successfully prosecuted.

Anyone in the emperor's (a very small e) orbit should be concerned. 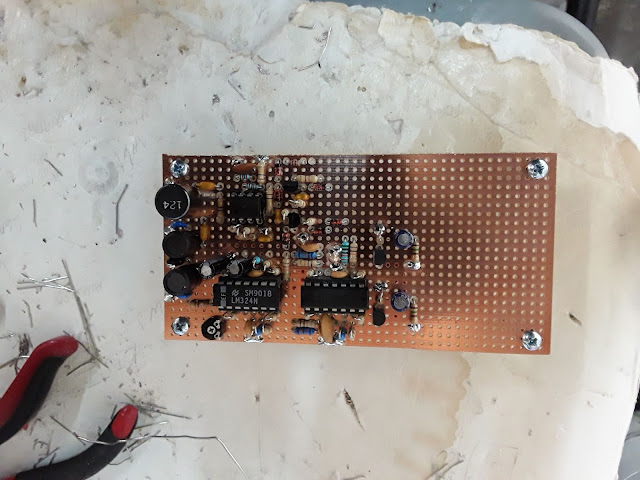 Cease and Desist Order!
Regrettably I am stopping all work on the Phasing Transmitter Rig. After finishing the KK7B Rig following the 2Q4 sojourn, I am left with a pile of crap. I have been unsuccessful in making a suitable and working hardware based phasing transmitter.
The KK7B Board has a mysterious problem that I have been unable to resolve. So one option is to stop work today, as my efforts, so far, have failed to crack the code. Spending some time thinking about the why is more productive that just removing parts and soldering in new ones. So following a tip from N2CQR --put it aside and think, research and come up with possible resolutions.
I know this project has stirred some interest no more so than my own; but there comes a time to fold them and play another day.
73's Pete N6QW


The QuadNet Software from Tonne Systems

May 10, 2020 ~ A story from WWII.
Failed to mention that May 8th,  was the 75th Anniversary of VE Day. There was such great celebration across this nation on that …
Read more