When you know Stuff, You can do Stuff!

A Reflection on our Hobby!

First and foremost we must recognize that for most ham radio  enthusiasts it is a hobby. Yet, for some in our ranks it is a stepping stone to a business. Many, if not most, well known lines of ham equipment had their roots in a ham's garage or basement shack. Collins, Drake, hallicrafters, FLEX and Elecraft come to mind.

We also should not forget the modern day counterparts like Ashar Farhan and Hans Summers with the Bitx and QCX.

The founder's of these companies knew "stuff" well before they came up with the 3000 menus to operate their rigs.

My particular "burr under the saddle" is that many of today's hams know the 3000 menu's; but nothing about their rigs, how they operate or how to tell there is a problem with their equipment. Regrettably many of these same recent vintage hams currently hold the US "Extra" class license.

I have received some email telling me to "knock off" denigrating the newly minted extra's using the term BTE (Box Top Extra). There is much validity to not lumping all newly licensed Extra's in a class, where all are called BTE's.

Statistically there would be a strong argument to saying there is a bell shaped curve where some are and some aren't. So to those who fall on the portion of the curve as having the skills commensurate with what the licenses requires, my apologies. My experience however tends to support that in the new crop of Extra's the "skilled" percentage is being on the less than 50% side.

However judge for yourself, as one only need to listen on the air to the call signs, often easily identified as being extra class, and what is transpiring to support my assertion.

I tuned in the louder station and called him identifying myself and stating: You are not distorted --but you two are not on the same frequency. Astonished -- he said OH. I then tuned down to the weaker station and identified my self and shared that the other station was not distorted; but they were not on the same frequency. His curt reply to me: "There is nothing wrong with my rig!" Yes he was an newly minted Extra!

I then suggested he tune his dial a bit or check that perhaps he had his RIT engaged. Back again to me, only with real anger: There is nothing wrong with my rig!

The first issue for this BTE is that he totally discounted that there may be something amiss --not that there is something wrong with his rig but in fact an issue of zero beat or that the RIT is engaged.

There is another possibility, while he was reading his analog dial, display or a block on a computer screen what he was reading may not be TRUE. In fact there are possibilities such as can occur with my beloved Si5351.  The frequency being read on the display is what is being generated by a computer command. But if the Si5351 has not been calibrated then the actual frequency being transmitted may be different.

Even with my wonderful RADIG which I calibrated against WWV was found by another station using a Rubidium Standard locked to a GPS was actually 14 Hz off frequency. Before I calibrated the Si570 in that rig, there was a 2 kHz spread over what was shown in Quisk and the real frequency. The BTE did not and does not acknowledge any such possibility. In reality he probably does not know how to check if that is the case.

Then take the case I witnessed where again a newly minted Extra (it must be a 40M phenomena) had RF in his audio. I was just listening to others trying to help this person. The help from others was a very logical approach to fault isolation.

That helped but there was still evidence of RF on his audio. Next he was asked to check things like his microphone connection  and if it was fully connected or did a ground come loose. He also was asked to look at his coax connectors and connection to the antenna.

His reply was that he hadn't done anything to those connections and so that could not the issue. His final comment was that since shutting off the speech processor helps his signal -- he was done. Yes he was a new Extra! I later heard this same station -- he must have turned the speech processor back on as it was awful.

He was in denial of what at least four stations were telling him about the quality of his signal.

But let us back up to about 100 years ago when our hobby got launched. It was a simple B and B! You had to Build your own rig as you simply couldn't get on line and Buy your rig.

When you build something, you have to learn stuff, you have to know stuff and you have to do stuff. Buying a rig only requires that you have headroom on your plastic card!

Some examples of stations that were homebrewed. Sorry guy's, but I think these rigs look kind of cool! 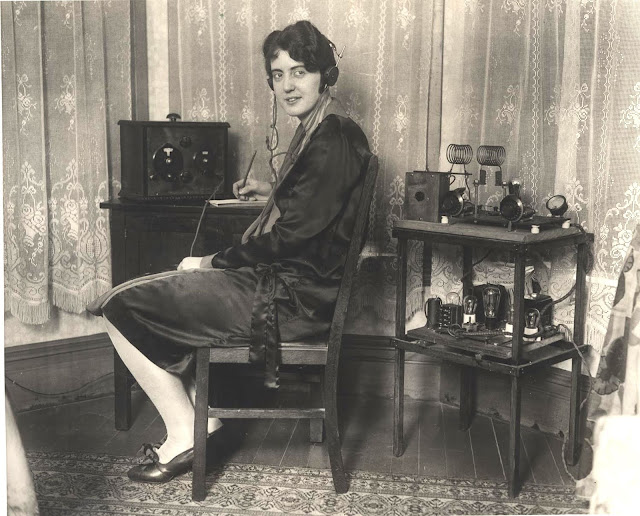 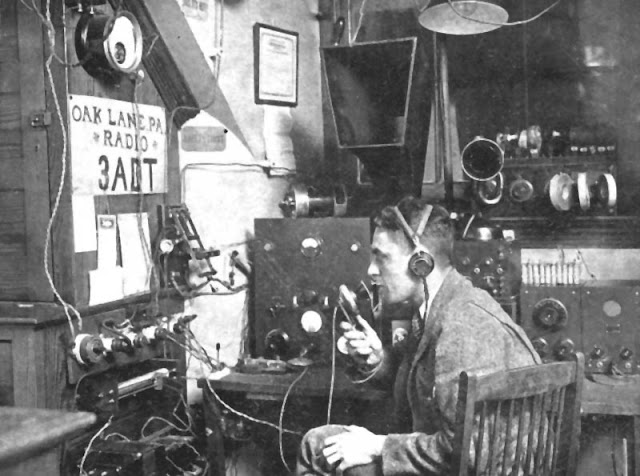 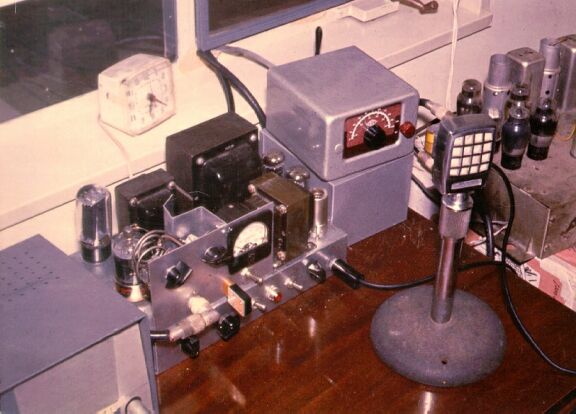 Today there is little Building in comparison to the Buying of radios. It is a rarity for me to have a QSO with someone using home conctructed equipment. At times you would hear --- I used to build stuff but the stuff you build is no where near what you can buy.

Kind of faulty logic there. Once I bought a VW bug as a work car -- since I only had to travel 4 miles on surface streets and my VW was parked out doors where at times the OAT was 100F. I had gloves in the car because the steering wheel after a day in the sun was too hot to handle. Did it get me back and forth to work? Yes! Was it reliable? Yes! Was it inexpesnive to operate? Yes! Could I work on the car myself? Yes! Did it have AC? Yes --the 2 X 40 kind. You rolled down both windows and went 40 MPH! Was it a Cadillac? No!

The Key here is that when you build stuff -- you have to know things such as when it is operating properly and when it is not. It is this latter case where you also would reasonably know how to fix what is broken.

For a novice --that might be the initial starting point as you are just starting and do not have the depth of experience or knowledge base.

For an Extra Class more is expected. The ease with which Extra Class Licenses are obtained ( I should say awarded) puts a percentage of US Extra Class Ham's in the category of a person with Extra class previlieges but having only Novice skills!

Was the weakening of requirements (by the ARRL) for the Extra Class license purely a ploy to sell more high priced "appliance boxes" and in turn produce more advertising revenue? You judge but the evidence is more than circumstantial!

A really good example is my RADIG -- it cost me $150 and has many of the features of radios costing 10X. But, I had to scratch build it!

True, there are indeed newly minted Extra's who build their own gear and take on a serious quest to learn about the hobby. But I would place them in the minority not the majority.

Yes I am a degreed EE, have been continuously licensed since 1959 and have been an extra since 1977. Do I know everything --well let's say I don't claim to be a stable genius like our emperor (with a small e)? But I at least try to find out why my rig may not be working properly. Plus I do believe all information is good information.

If someone reports to me something strange about my signal -- I want to know why and since I have invested a lot of time learning about the hobby I usually have a pretty good clue about the problem and more importantly the fix.

Or has our hobby turned into something where we believe something that it is not. Much like our friend here who thinks he may be a chick magnet. To him I say -- you are missing the beret! 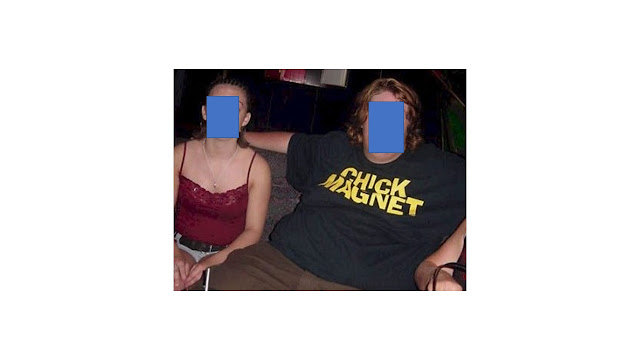 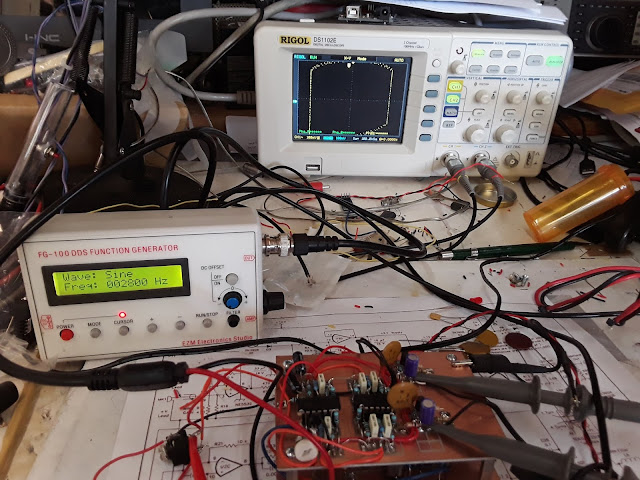