May 4, 2021 Parts Suppliers Alert...
Almost 8 days ago I ordered SMD parts for this project --- from Digi-Key. Note it was $20 worth of parts not including $5 for shipping. Their website said it might take from 1 to 5 Days to ship. Hearing nothing I called them yesterday and was advised my "huge" order had been pulled but still not shipped.
Here are two things that were shared with me.
But they are hopeful that they will soon be recovering and orders will get back to a normal cycle.
***********************
An eye catcher! A very small  SSB Transceiver in a compact metal box! 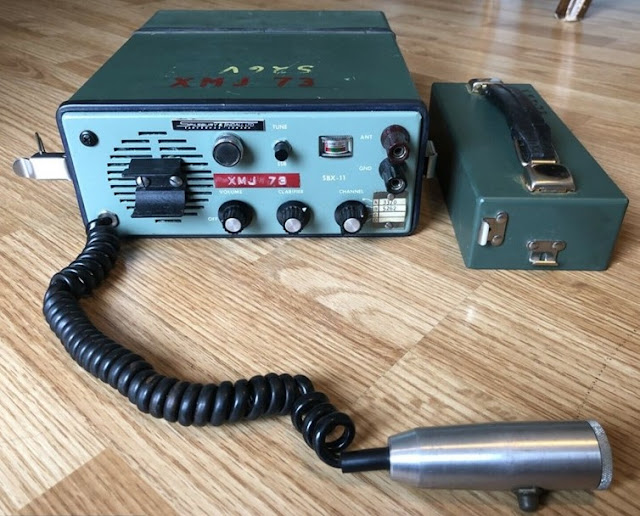 While touring the eBay land of forgotten commercial SSB transceivers several years ago I spotted the Spillsbury Tindal SBX-11A. If you do a Google Search you can actually find a manual for this amazing rig.
The SBX-11A is out of Canada (Victoria BC) and was intended for use in the field such as logging operations or emergency rescue. The production run ran for a little more than 20 years and as best can be determined about 10,000 units were produced.
This is the Flashy Sales Brochure for the SBX-11A 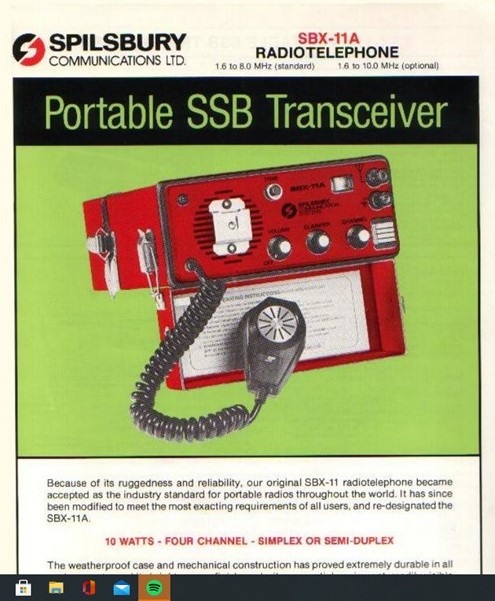 The SBX-11A has some neat attributes:
These have been listed on eBay in the range of $400 to $500 and usually go pretty quickly at that price. BTW the one in the photo is currently listed on eBay at $758C. Basically the SBX-11A is a Siren's call to "build me".
The design horizon for the SBX-11A likely was in the late 1970's and the manual that you can download is dated 1997. Regrettably, I do not think Spillsbury Tindal is still actively manufacturing radios.
My SBX-11A foray is to NOT replicate the rig as designed; but to give it the "Left Coast" Newbury Park Laboratory Treatment.
First and foremost I would take advantage of today's technology by using SMD devices while looking at operation on the 60, 40 and 20 Meter Bands. Thus you would have USB/LSB --FT-8 Capable. A digital VFO with color TFT is a must! To conserve battery capacity, the power level would be 5 watts. The power source would be either an external battery pack or an AC supply.
But the biggest driver is to fit the rig into a pre-determined enclosure size of 8X5X3. I have already purchased the enclosure and here it is. 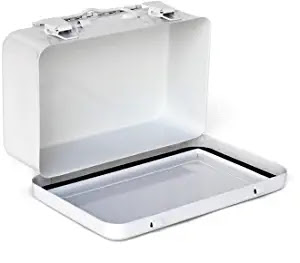 This is a heavy duty steel case sold under the banner First Aid Kit Metal Enclosures. It has a gasketed seal which should prevent creatures and critters from crawling inside the rig! I hate to say it; but this indeed would be a Chick Magnet in a metal box.
Am still in the planning stages (noodling) but with summer coming and having been vaccinated -- taking this rig to the local park can't help but stir up some interest with the YL crowd.
Something to start the project. Several years ago I built the Simpleceiver SSB Transceiver. It is not unlike The Simple SSB. Only this one is compact to start with and uses all through hole components. The Front Panel is 3 inches high and 4 inches wide. 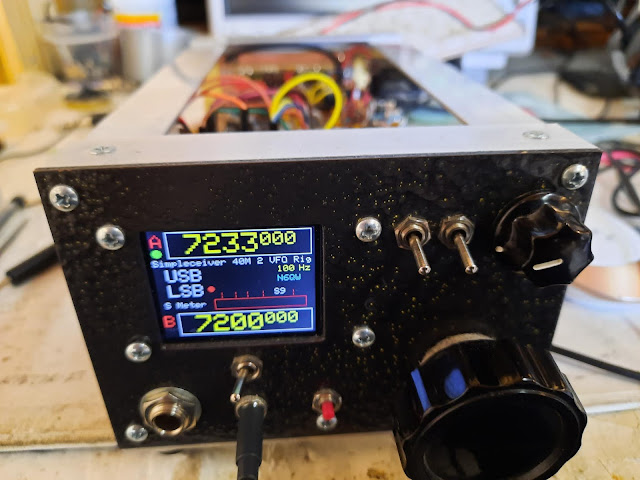 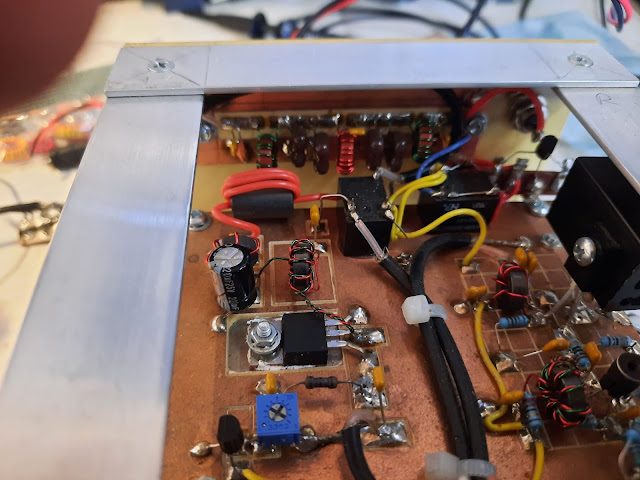 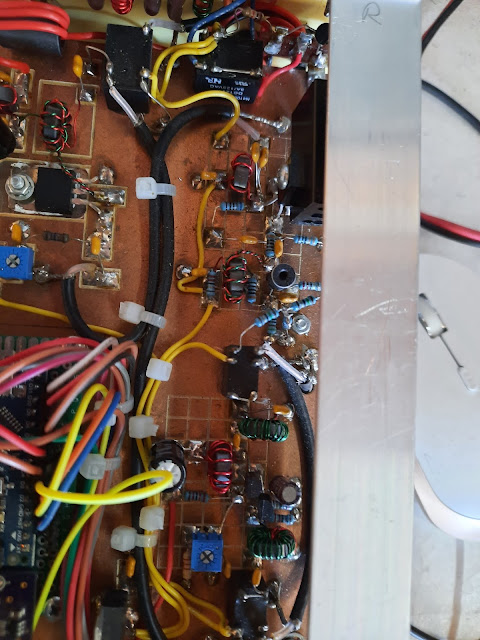 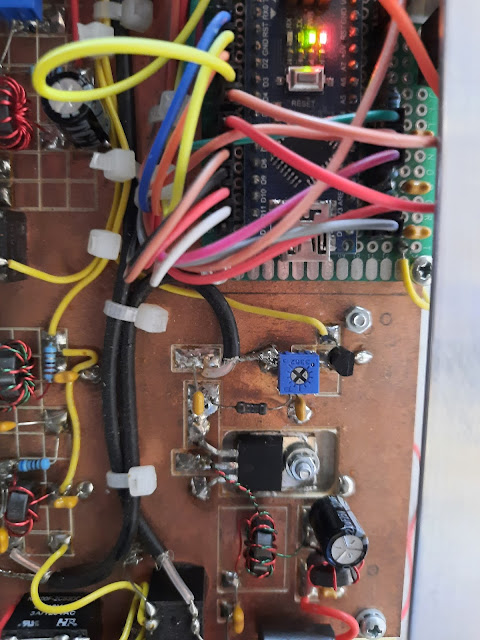