Get off your Butt! Build Something!

Wow that (as we used to say in the SeaBee's) will get you off your stacking swivel. Most likely if you never served you would not understand.
Many hams have turned into appliance operators and that I witnessed yesterday when one ham was trying to help another ham perfect his audio so his ICOM 7300 would have presence. This is no lie and to quote " you will have to find the setting in one of the 4000 menus". Poor guy -- he will likley never find it.
But I want to do two things with this post and one is to share some personal experience about a project I built and is now being undertaken by a ham club. The project is the Simple SSB Transceiver and you can find it on my website www.n6qw.com.
The interesting part is that I always say my projects, because they are built in modules, are experimenter's platforms where experimentation is encouraged. Most of my radios are never finished as I am always changing something or uppgrading circuits.
So some of the club members have taken to looking at my design and are finding faults. One analysis by a club member involved a 2N3904 circuit used as the microphone amplifier and as the audio pre-amp ahead of the LM386. The conclusion of this member is that the gain was not fully optimized and should you have an out of spec 2N3904 the results would be marginal. I should note he never built the circuit but simply did a pencil and paper analysis (well maybe he used his IPhone). His analysis was that if I changed the values of the base bias resistors he would feel better about the design.
Well my 1st reaction was why don't you build the design and then run a bunch of transistors through it and see how many failures you get. I should say this is my go to circuit and it has been used probably 100 times always with consistent results.
But then I thought -- maybe my design is stirring a few hams to get inside the innards of a design and possibly to get them to take the next step and actually build the radio. I am riding along with the group and now I am always careful to include where a circuit came from or to cite a specific reference for that circuit; but that is not so much to provide additional information as it is to ward off the nitpickers.
So if you put the carrot in front of the horse (versus up his butt) -- it may move him forward.
The second point is I was asked should someone want to undertake modernizing a radio of old are there any good candidate rigs.
Below is the Dentron HF-200A SSB/CW Transceiver with AC Supply. Note the AC Supply is the same case as used for the HF Scout. BTW as of April 4, there are two offerings on eBay and both cost significantly more than an ICOM 7300. When originally brought to market I do not think many were sold. So likely as you will soon see this is not a good candidate rig. 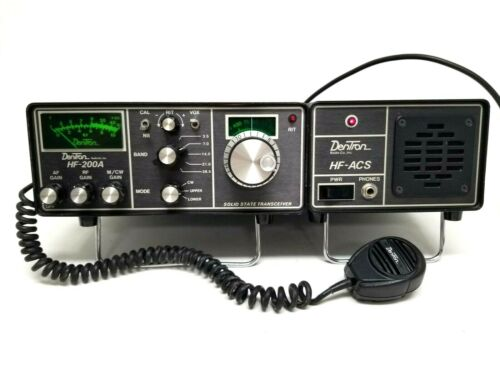 My Dentron HF Scout  like the HF-200A is an obscure and somewhat rare rig so I would not suggest that one either. 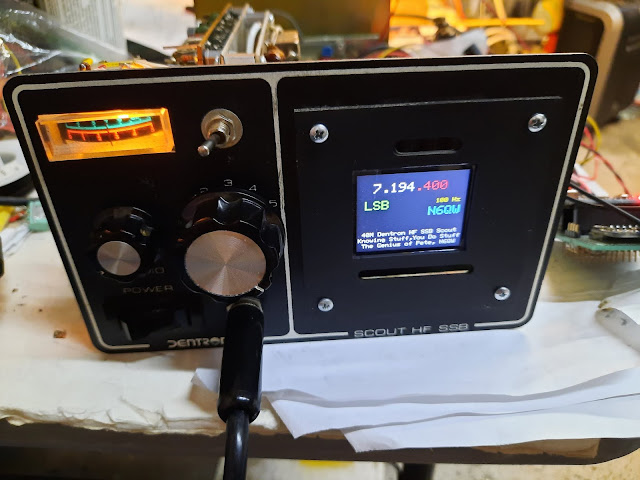 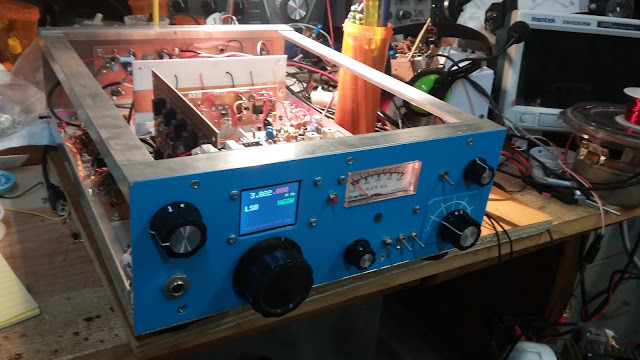 So what I am suggesting here is that "brewing" your own rig may involve using a "starter dough" (an old boatnachor) like in sourdough bread and from there enjoy putting on the air something you personally fabricated.
73's
Pete N6QW