Continuous Improvement ~ The 2nd Incarnation of the Ten Tec Model 150A

Several years ago I modified a Ten Tec Model 150A which was an eight channel commercial SSB Transceiver that would operate in the 2 to 12 MHz Range. The Basic Configuration was USB only; but could be upgraded with options including LSB, a Noise Blanker and CW. The radio had a 100 watt output.
My conversion involved the use of a remote box using a keypad entry where it would tune 160, 80, 60 40 and 20 Meters. With time the remote box became "flaky".  Based on the  effort with the Dentron HF Scout SSB, I decided upon a 2nd conversion so that everything would be inside the TT box and I would limit the operation to 80, 40 and 20 Meters.
The photos tell the story. The intial set are of the original conversion and the follow on are what I did in two days. 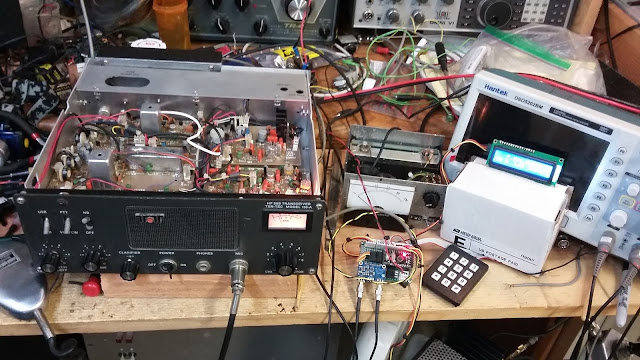 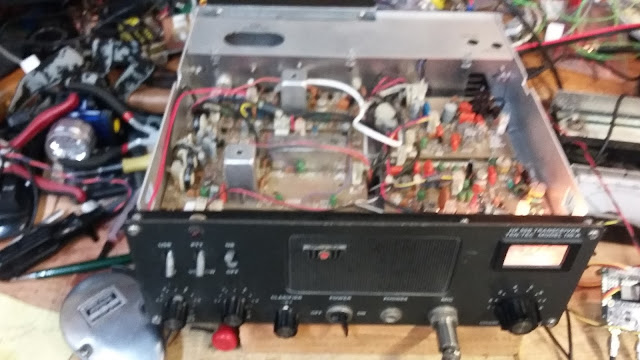 The next series of photos are the 2nd Conversion!
Basicaally I removed the front panel speaker whihc opened up room for the Arduino/Si5351. Some of the front panel controls were eremoved and replaced. The maain oower switch / circuit breaker now hold the encoder andd the clarifier control is now thee band switch. I wass unable to remove the squech control as it is integral to one of the circuit boards.
Te speaker grill was retrofitted to hold the Color TFT display. It is much more compact and certainly more reliable. 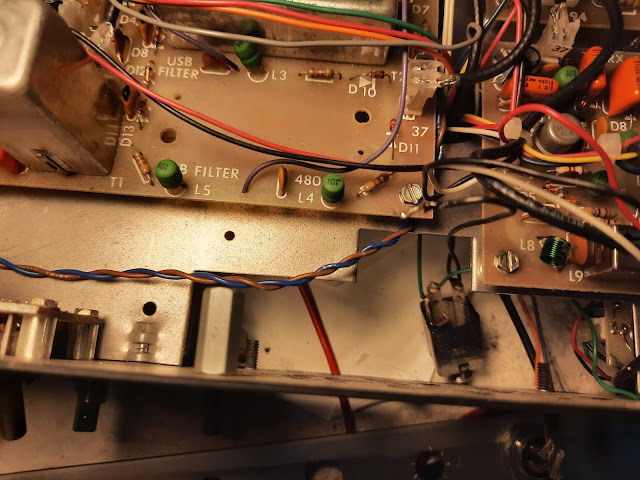 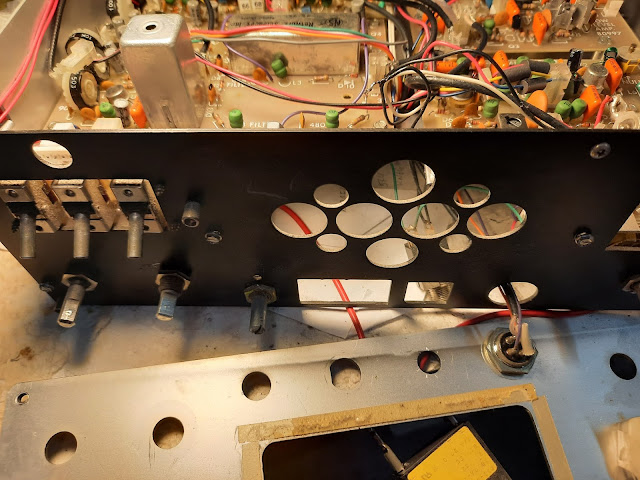 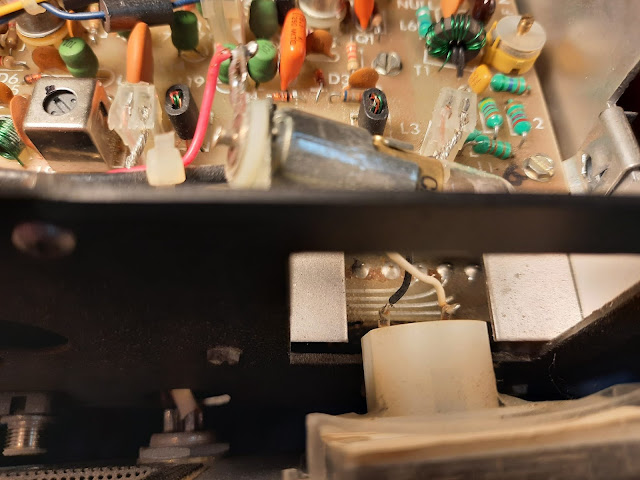