Recently on a widely read reflector a posting was made regarding a ham club, The Vienna Wireless Society (VWS in Virginia) having a Maker's Group undertake one of my transceiver projects. The project is The Simple SSB Transceiver which is a barebones SSB transceiver (principally on 40M) that can be duplicated by even those with modest skills. 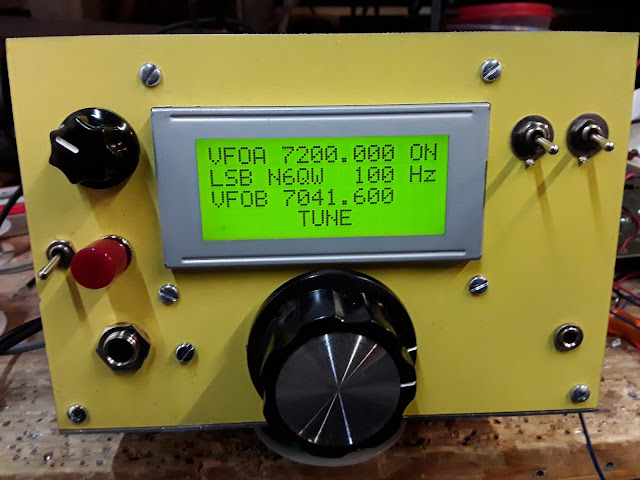 A series of webpages was created to document this project
https://www.n6qw.com/Simple_SSB.html
https://www.n6qw.com/GQRP.html
The 2nd link is essentially the same data but updated for a presentation made to the GQRP Virtual Convention held in Spetember 2020.
Essentially this project is a low part count (9 or 10 devices depending on how one circuit element is built) SSB transceiver that relies on common parts and packaged devices like a Crystal Filter and Double Balanced Mixers (ADE-1). It has a 16X4 LCD for a display. I think at present count there are 10 units built world wide but the VWS will add another 20 units when they complete their project.
The individual who is leading the project actually built the Simple SSB and has added many new features such as a Nextion Touch Screen, CAT Control, an S Meter and even AGC. Almost forgot -- his works on either 40 or 20 Meters --switch selected. So barebones it is no  more.
So here is the part that has me in a "pissed mode". The project leader posted a link to his maker's group project on the Bitx20 reflector. A reader of that reflector and as I understand a constant agitator and keeper of the flame took umbrage with The Simple SSB Transceiver project.
Here is a list of his grievances:
Well to that poster if he bothered to read the detail of the webpages he would find that the project was broken into modules. This has several benefits -- many of the current crop of hams have difficulty in looking at just a schematic and understanding what is going on. The 2nd and most important reason is that I made clear that this project is an experimenter's platform and if you want to change things --easy to do at a module level. A third reason is troubleshooting -- the modules may be tested as they are completed so much easier than building everything and then hoping it works.
Could the Simple SSB transceiver be improved?  -- Why of course; but "as is" it works FB. My friend in Virginia has made many contacts running just the IRF510 on 40 Meters. Europe is a piece of cake. But he did contact Antarctica with the rig! You see he added a switchable 2nd band --20M.
To that reflector poster -- you have seen mine (one of about 50 SSB/CW homebrew scratch built transceivers from N6QW) so to be fair --let us see one of your very own homebrew scratch built SSB Transceiver projects and its documentation!  I suspect there may be none -- could be wrong; but your comments are a dead give away!
Pete N6QW