Another OS to use with SDR Rigs.

I have stated that 2020 will be the year of many technology implementations in our ham rigs. Already I can see where in just a month and a half into 2020, there are things far more important happening with our hobby than your emperor (with a very small e) and his latest antics.

Today I read something about some students in Norway (I think) who belonged to a school radio club. Seems like they were indeed fortunate to have for a club station a FLEX 6500 with the Maestro Console.

Leave it to the youth -- they figured out how to hack the Windows embedded computer in the Maestro. Boom now they can do things with their station that even FLEX probably hadn't thought of doing. Then again that is how FLEX started.

Well today on a smaller scale (micro-scale is more like it) using my new Linux Mint Machine I was filming my attempts to make some FT-8 contacts all on the same machine. BTW the "Cheese Application" will work on a Raspberry Pi3.


It is a bit shaky as I held the webcam, while trying to operate the wireless keyboard. You get the idea...

BTW another FB feature of the Linux Mint is that it will examine your computer and give you a detailed report of everything connected and details about the machine and the peripherals.

Two pieces of astonishing info came from that report. It told me that the battery in my Logitech wireless keyboard had 55% life remaining and that the temperature of my CPU was 4 Degrees C. (For those that just have to know that is 39.2F). It also explained why I was unsuccessful in getting the Linux version of Skype to launch.

It seems that Skype in one of their latest revisions/updates no longer supports the Linux 32 Bit version. My Linux Mint computer (10 year old Intel 1.8 Ghz Atom machine repurposed) is a 32 Bit machine as identified in the Mint System Status. Mystery solved!


So OK we now have shown that Linux Mint can do the SDR stuff and last night I worked out some kinks to using Arduino IDE 1.8.12 (I was the kink, not the Arduino software). So it is good in the hood.

But I have always had in the back of my mind the idea of using a webcam as a Video Microscope. No, I didn't think of this; but can tell you first hand I saw this done back in the Mid-1970's. At that time I worked for Douglas Aircraft in Long Beach and we had a flight test facility in Yuma, AZ.

Douglas built a private microwave link between Long Beach and Yuma. This enabled real time communications between the two sites. At night all of the flight test data was sent over the link for processing on the computers in Long Beach. There also were daily flight test debriefings over a then new technology called "video conferencing". It was leading edge stuff!

There happened to be a problem with the #2 engine which is located in the tail of the DC-10 and despite the video conference --the engineers in Long Beach did not grasp the problem that was being described by the engineers in Yuma.

Then a voice at the back of the room said I have an idea -- let's get back together in 1 hour. During that hour the "wizards" in Yuma installed a camera on a lift platform located in the air about 40 feet and trained it on the problem area of the #2 engine. It took about 30 milli-microseconds for the engineers in Long Beach to see the issue. Overnight parts were built and flown down to Yuma and testing continued the very next day. This is the 1st time I saw a video microscope.

So why not now proceed with my own video microscope and found out that with an auxiliary program called Cheese you can plug in a webcam! Here is a test run --it was later uploaded direct from Linux Mint to you tube. I am impressed! I was using a Logitech C390 Camera.

At the terminal, type in:

When you know stuff you can do stuff!

[See last paragraph about the Arduino install on Linux.] 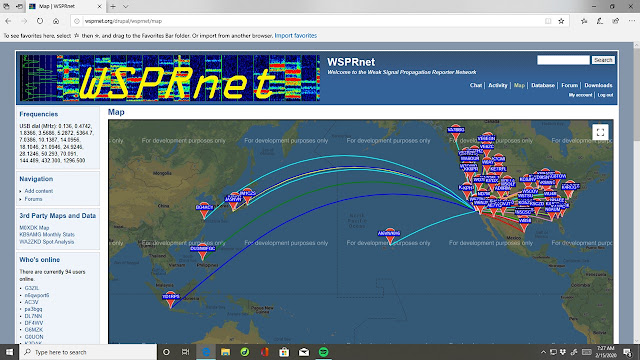 This morning I lit off the Peaberry V.2 that puts out 1 watt on 40M WSPR. The RECEIVED spots are shown above and this is a first for me to spot stations in Indonesia and the Philippines. I was spotted mostly stateside. The point here is that the Linux Mint is WORKING FB with Quisk and WSJTX. So if you happen to have an old computer lying around with say Windows XP or Windows 2000 or maybe even an old laptop with Vista -- convert that hummer to a Linux Mint machine.

BTW last night I watched a bit of Netflix as the special drivers are built into the Linux Mint. I needed to only connect to Netflix and provide my account info -- the rest was magic.

Today (when the garage gets above 39F) I want to install the Arduino IDE so I can use this machine for sketch development. We are only 46 days into 2020 and the good stuff just keeps moving forward. It got up to 60 and so Arduino IDE 1.8.12 has been installed. Very easy to do in Linux. See the following tutorial. Instead of the 1.8.2 the latest IDE is 1.8.12 and you will need to use those numbers. 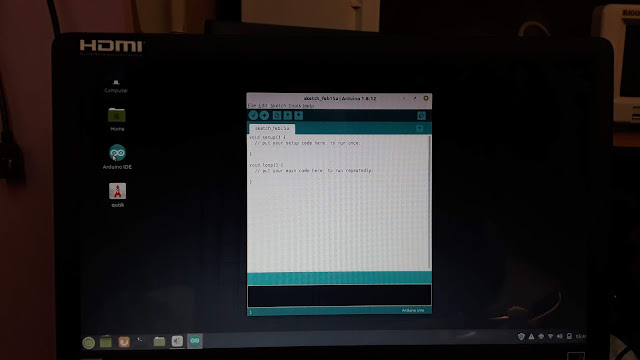 About two years ago I had a catastrophic event occur to my main computer which was running Windows 7. I replaced that with a new Windows 10 machine and attempted a repair on the old machine by installing a Windows 7 Disc purchased on eBay.

I know better; but it was cheap and turned out to be counterfeit. So that rather small computer, an Atom running a dual core at 1.8 GHz, has been sitting idle for two years now.

As a result of the SolderSmoke Podcast I was contacted by KL7FLR who in passing mentioned the use of Linux Mint. Wow, have I been sleeping under a rock.

The Linux Mint is not only free; but very feature rich. The install involved the use of a flash drive and a piece of software called Etcher. I simply downloaded the image of the Linux Mint on to one of the shop computers and then with the Etcher "Flashed" the USB Stick.

The next step involved setting the boot functionality for the Atom to boot off of the flash drive as the 1st boot. Insert the flash drive in the USB slot and turn on the computer and away it went.

After installing the basic Linux Mint OS I then installed Quisk and wsjtx. Wow --this is really nice and there is a 500 GB HD on this computer. KL7FLR provided me a link where I can do Arduino work on this computer --something for tomorrow. 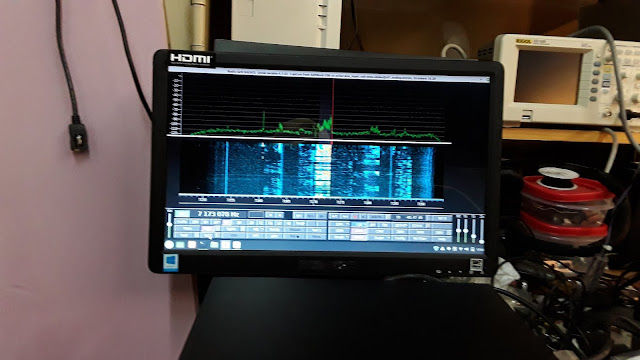 40 Meters with the Spectrum and the Waterfall. 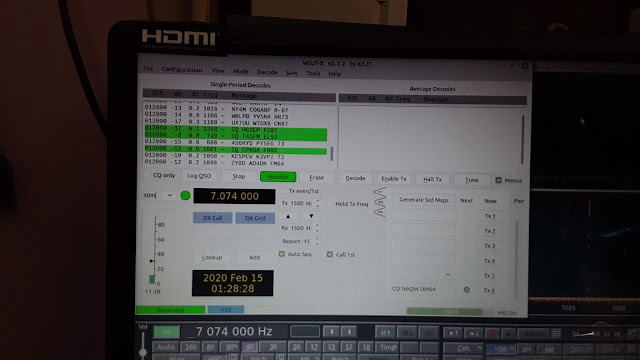 WSJTX install was done with the package installer and we can see it perking along.

The SDR Board is a Peaberry V2 which has a built in sound card codec.


I have not fully explored the Linux Mint; but can see it also has office type software (Libre) and a whole host of software packages. Truly impressive and fairly straight forward to get up and running. Firefox is the main Internet browser. Oh it has Netflix software as well as YouTube built into the basic software.


So once again more technology at our finger tips.


I have it listening to WSPR right now as I type away. It is doing FB! 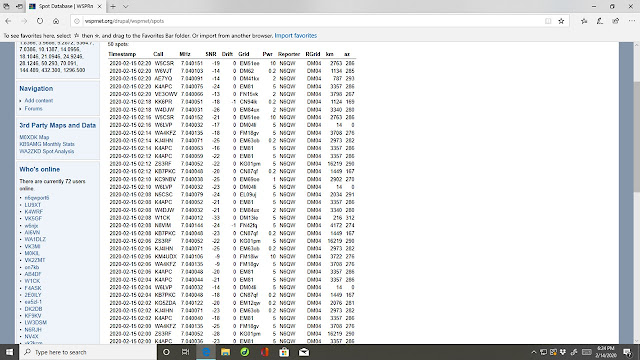 Stay tuned for more excitement from the left coast! 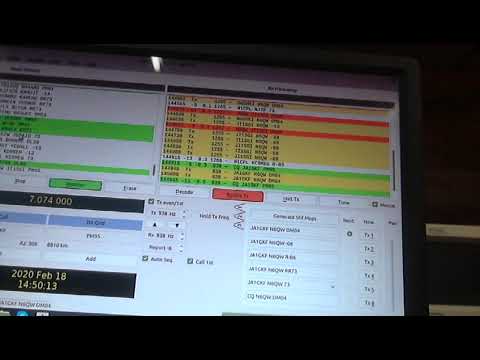