Several years ago I built a shirt pocket sized SSB transceiver --well actually two of them with the second one being  2X2X4 -- yes that is inches. The overall size was actually dictated by the need to have a front panel. If I had used surface mount it could have been smaller still. The transceiver was the subject of an article in QRP Quarterly. This may be one of the smallest SSB transceivers to be homebrewed. Note for the purists I did not say the smallest!
Recently I made a modification to the driver stage which actually was posted on this blog. I now get about two watts out and driving an outboard amp it is good for about 60 watts PEP. Imagine my surprise the other day when ON8KW was calling CQ and I answered him (60 watts) and he came back to me. I got a 5X8 report. Now keep in mind I am using a beam antenna. So once again a good antenna will level the playing field. The LO is a crystal switched two range VXO that covers from 14.162 to 14.188 and 14.194 to 14.225 MHz or roughly about 60 kHz of 20 Meters. The output device is an IRF510.
Here are a few photos and today I had about 20 minutes so I built and painted blue a case for the rig. Another cool blue radio! By the way the inspiration for this radio was an article written by Ben Vester W3TLN who built a small 20M SSB transceiver that ran off of 6 VDC and put out 200 MW. The 6 VDC was because he had it installed mobile in a 1959 Volkswagen Beetle where pre-1966 Beetles were 6 VDC.
There story here is that you can build an SSB transceiver (large or small) and have meaningful contacts including DX stations. Get off the couch and start building.
73's
Pete N6QW 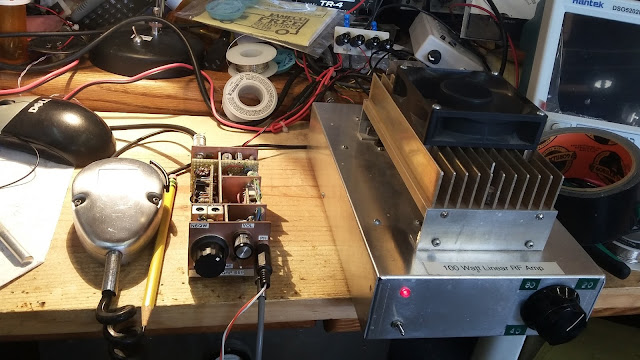 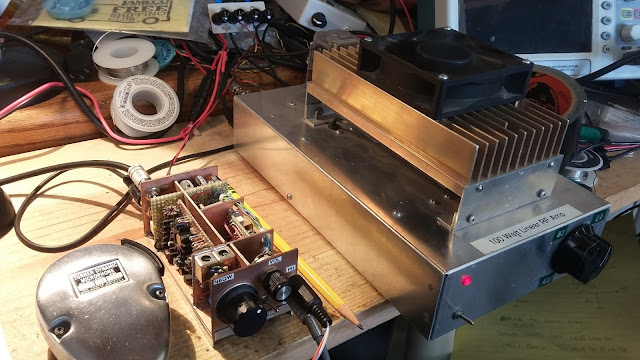 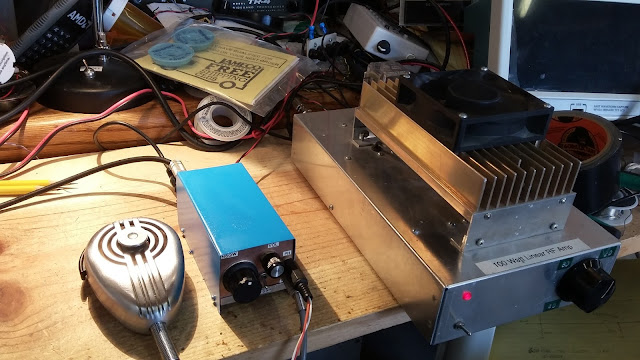 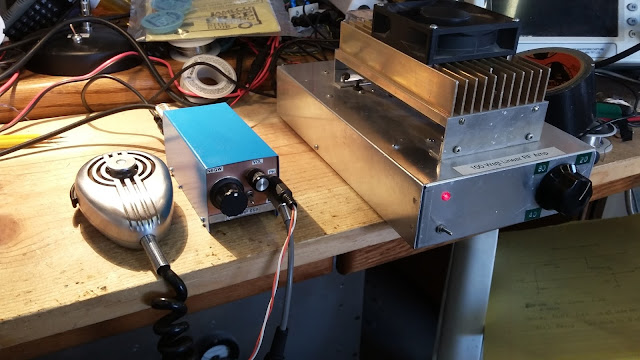