Our Hobby Takes on a New Look!


In 1959 when I was first licensed, a modest station occupied a large part of the operating desk. Typically a first station might be a Hallicrafter's S-38E receiver (also known as a Widow Maker because it was operated directly off of the power mains). If you got the plug in the socket the wrong way and upon touching the radio you very likely got a hefty dose of 110 VAC. The idea was to be cost effective, thus no power transformer, although the price of that jewel in 1959 is like paying upwards of $400 today.
To match that radio were a variety of transmitter kits from companies no longer in business today like Heathkit, WRL, Eico and even Ameco . Of course many rolled their own from plans found in QST or the ARRL handbook when those publications fostered home construction. Sadly today that focused has shifted. Thank God for the GQRP SPRAT and QRP Quarterly where many home construction projects abound. I should mention my first station was a converted ARC-5 receiver and the transmitter was a 6V6 crystal oscillator on a wooden chassis. The really high performance radios were simply out of my league. The Collins equipment was like a whole years salary in 1959. The high end Hallicrafters were in the same ball park. So it was that many an entry level station was by today's standards pretty marginal. In 1959 that rudimentary station operated CW only!
But there is a nostalgia side to some of that old gear especially when a rusty old S-38E shows up on our doorstep perhaps with a burnt out front end because of the 110 VAC findings its way into the first mixer tube when the plug was inserted in the wrong direction. Innate in all hams is the thought --"hey I can fix this and get it working again". But once you get it working again --it is still an S-38E. This is akin to putting lipstick on a pig. At closing time, no matter how much alcohol has been consumed, it is still a pig!
[For those who are scratching their heads -- many of the cheapo radios did not employ a power transformer but used a two wire system where one side was hot and the other neutral. If you had the hot side to ground then when you added a ground to the hot chassis you would see sparks fly. Many times that ground connection was you! Thus the term widow maker!]
Fast forward to 2016 and we now have the very best of all worlds with the mating of computers to our ham gear and the cash outlay in today's dollars is less than the cost of an S-38E. Yes today's radios are "digi", involve black boxes and in the background, computer number crunching; but the final results are amazing.
Below is one of the latest offerings from Omnia SDR (click on Omnia SDR )which I believe is the successor to the Peaberry. It is an SDR radio that can optionally be bought as a total part kit rig or one that is mostly factory assembled. For those who hate to wind toroid transformers you can even purchase a fully assembled toroid kit. Note the diminutive size of the Omnia SDR when compared to the mechanical pencil and the 15 inch monitor. 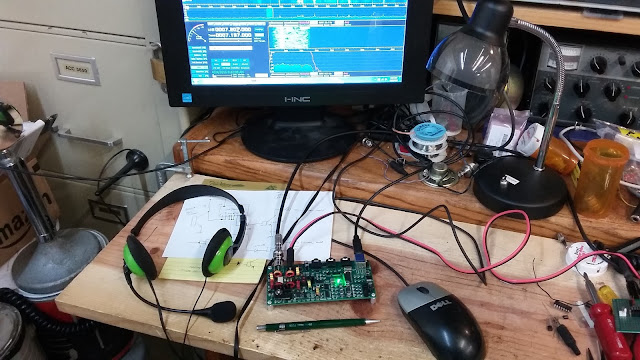 The Omnia SDR comes in various frequency ranges and the one I purchased covers 60, 40, 30 and 20 Meters. Other variants cover above and below those bands. Given my limited time availability, I bought the semi kit and the toroid kit. The total cost was around $180. Assembly beyond the semi-kit involves installing the band specific filters and the final RF amplifier components (BS170's like the SoftRocks).
The Omnia SDR has some very nice built in features including the I/Q Signal Processing right on the board and other features  include external linear amplifier switching and controlling an external antenna tuner. The Omnia SDR is supported using HDSDR (a free software program) but can be run using Power SDR or Quisk. My initial setup is with the HDSDR. Beyond the Omnia I have a shack computer running Windows 7, and the internal computer  sound card handles the receiver audio output and the microphone input. I ran a short test with a Symba USB sound dongle in place of the internal sound card and it works as well for these functions. This configuration was tested as I will be migrating the Omnia SDR to a Raspberry Pi3 and will need the Symba for those same functions.
To date after about three days of operation all on SSB I have made about a dozen contacts on 40 Meters with half of those running barefoot at one watt. I was even heard in Hawaii on 40 Meters running only one watt. The received audio is simply amazing and having operated an S-38E can only say it is like the difference between the dark ages and today. Below is a close up of the Omnia SDR with the only connection to the computer being the USB cable as seen in the upper right hand side of the board. The hand sketch in the photo is an electronic interface I am designing to control a linear amplifier from the Omnia SDR. I will formally post that schematic and photos of the interface board. 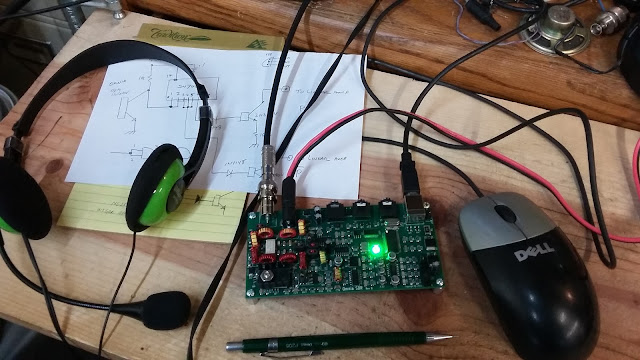 The Omnia SDR Company has chosen the HDSDR software as the officially supported software so that their product support can be focused around a singular software. The initial setup of the Omnia SDR rig requires the use of this software. That said, once working, the user is free to use any variant of SDR software based on their own preferences. I intend to migrate to Quisk and the Raspberry Pi3. Below is a photo of the HDSDR display. 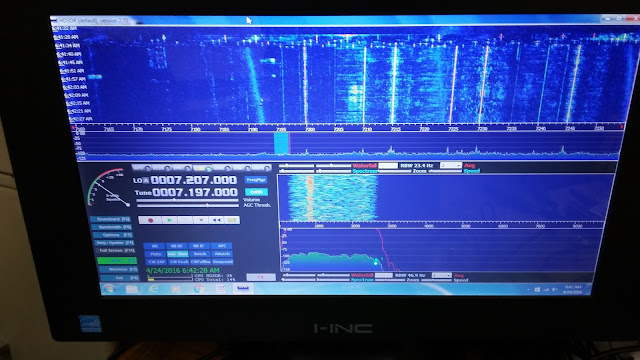 I am truly impressed with the Omnia SDR and am looking forward to continued usage of this kit. By the time you add the Raspberry Pi3, a Lapdock Matrix 4G and the Symba USB sound card you will have invested less money than what an S-38E cost in 1959 --and all low voltage operation --no widow makers here. 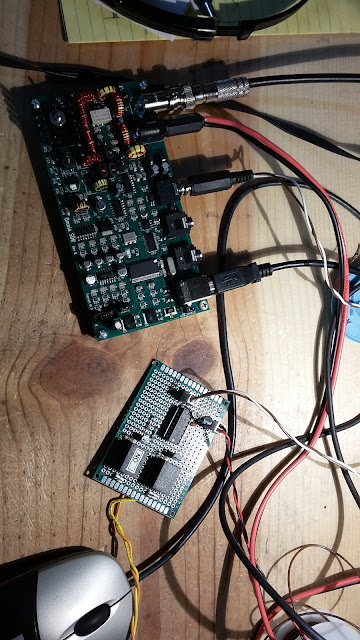 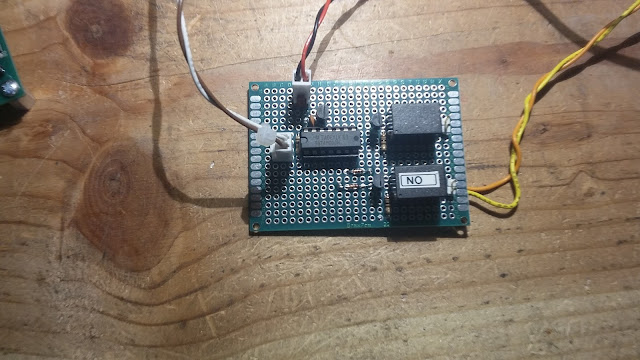 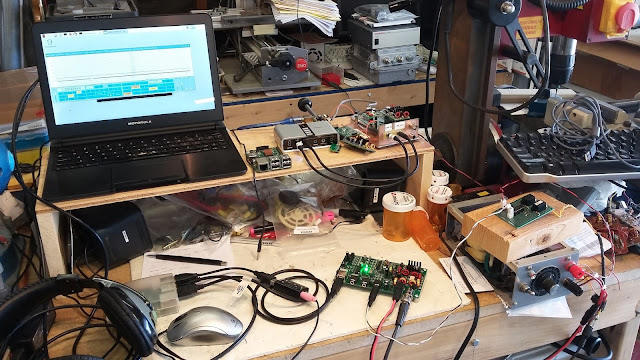