Showing posts from August, 2019
Show all

The Thrill of Making Contacts with a Homebrew Radio Station

- August 25, 2019
The Station Here is Homebrew! Yesterday I had the good fortune to have a bit of time to actually get on the air on 40 Meters. I was running a new homebrew transceiver (non-SDR) and it was such a buzz to be able to say that the station on this end was 'homebrew". In this case because of the specific topology of this new rig I even had to homebrew an electret microphone. Now as to the other station -- he was running a FLEX6700 and a brand new FLEX KW Amplifier that he evidently had to wait months to receive. His antenna was not unlike mine ( a wire) but he also had a three element 40M beam. The other station was in Nebraska and I of course not too far from Los Angeles. It was early evening and the signals were quite strong. The general comment from the other station (not even acknowledging that I was ruuning homebrew or that he was looking at my signal on his large display) was that I was a solid 5X8 into his QTH. That I considered as positive.  Don't get too exci
Read more

Experience with the OLED Displays -- Careful what you buy!

- August 23, 2019
More Expensive and More Flash -- Not always the best course. I have been evaluating two types of the 65K Color OLED Displays. One uses the SSD1331 application contained in the Ucglib Library and is a bit larger in size than the one using the ST7735 application. Frankly the colors and background on the SSD1331 is like uptown versus the colors and display size on the ST7735. The there is a 3:1 price difference too. But you don't always get what you pay for! The SSD1331 display was so noisy when installed in a rig that it was useless without some major additional noise reduction techniques. The buzzing noise completely obliterated the signals. In looking at the backside of the SSD1331 there appears to be some sort of switching power supply right on the substrate! The high end color and sharp features has to come from somewhere! Whereas the ST7735 just popped in the circuit and no noise issues. So what you have my friends is the high end call girl and the street walker
Read more

Dress Up your Homebrew Rigs with these new Displays 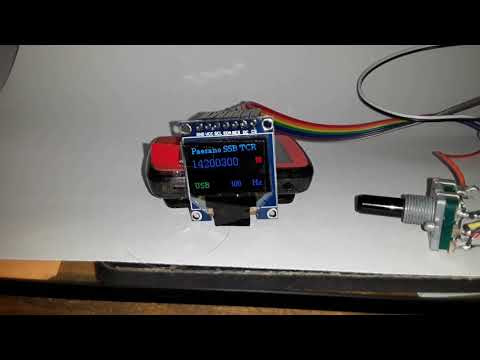 Once again from the N6QW Leading Edge! No Tayloe Detectors or ADE-1's were involved in this  project and there are no LT Spice Simulations to pick apart. Just plain old hard work to get the displays to work. I have seen many videos of the new Color OLED's but I have not seen any where they are actually used in a Homebrew Rig. So this may be a first. Most of the demo's involved taking the stock sample programs and just loading them on to an Arduino. This video was built from scratch! Pete N6QW
Read more 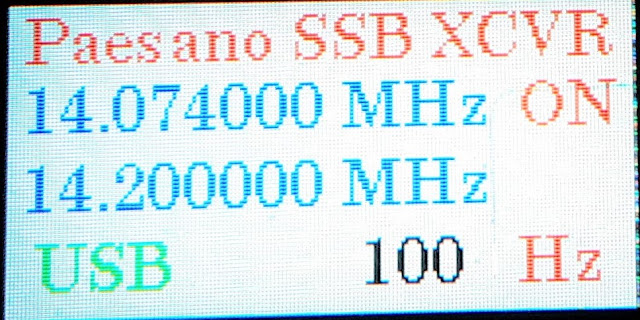 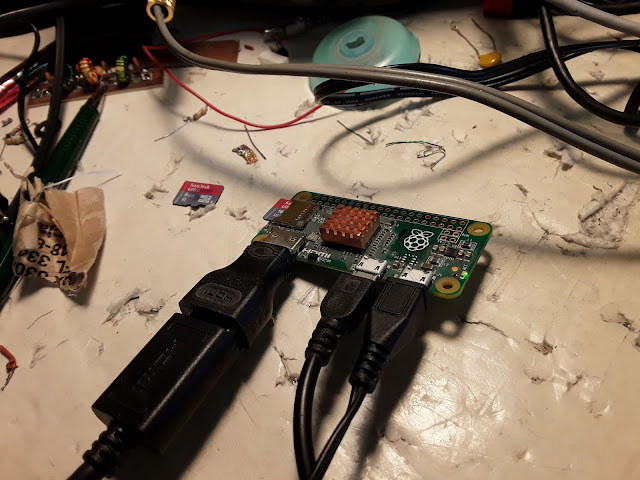 FT-8 with a Raspberry Pi! 8/11/2019 ~FT-8 With a Raspberry Pi ZERO. When the Pi Zero came out at a cost of $5, I bought one. I soon found it was useless! No wonder it cost $5. The reason for my comment was the slow speed, lack of RAM and no USB ports other than the single one that you had to have an adapter for! [Mine is an early version with no WiFi.] So yesterday I wondered if it would work with my digital adapter and HDR rig for FT-8. Boom we now have a use for the useless Pi Zero. I also have a small powered USB Dock which I installed on the Pi Zero and that now gave me 4 USB Ports. Using the NOOBS 3.2 and the WSJTX it will work doing FT-8. The slowness of the processor and lack of RAM is not an issue. That said -- it groaned when I tried to do QUISK. So for a compact FT-8 perhaps with a 5 Inch HDMI, the Pi Zero might just be the ticket. BTW using my RADIG you don't need all of the extra peripheral crap (CRAP= Capacitors, Resistors And other Pa
Read more

QSL Cards --- Things of the Past Today's subject is QSL Cards. So for the BTE's who just recently got their license via a subscription to QST, you perhaps are not aware of this bit of radio history. There are many urban legends regarding how QSL Cards came into existence. In the early pioneering days of radio it was easy to say I worked the east coast from the mid-west on 80M running a type 27 vacuum tube five watt TPTG CW transmitter. Yeah Right! But if you had a slip of paper from that other station affirming that contact then that was confirmation and proof positive that you really did make that contact. That slip of paper often was a post card that on one side contained the contact exchange and the other side was the usual mail To From address format and a place to put a stamp.  Commercial radio broadcast radio stations in the 1920's liked receiving such cards as that gave them proof positive of their broadcast coverage --especially the clear channel statio
Read more
More posts